about
← back to projects

"Polar Rainbow" is a augmented reality rainbow project by artist Kristaps Ancāns, curated by Corina Apostol and developed by us. Stretching across the 74W meridian from the North Pole to South Pole, cutting through Times Square directly over 7th Ave, this virtual double rainbow symbolizes solidarity with LGBTQIA+ communities around the world.

Through the month of June, you can find this augmented reality double rainbow soaring down 7th Avenue between 42nd and 47th Streets, across New York City, and all along the 74W meridian line, the most populous longitude over the Americas.

“Historically, standing for human rights has emerged from different local contexts - since then, we have developed new technologies, and have created tools of inspiration and support that can globally unite communities. The rainbow uniting both poles reminds us of the challenges that persist and, at the same time, that the arc of temporality can bring lasting change.” — Kristaps Ancāns

Get the app from App Store or Google Play Store. 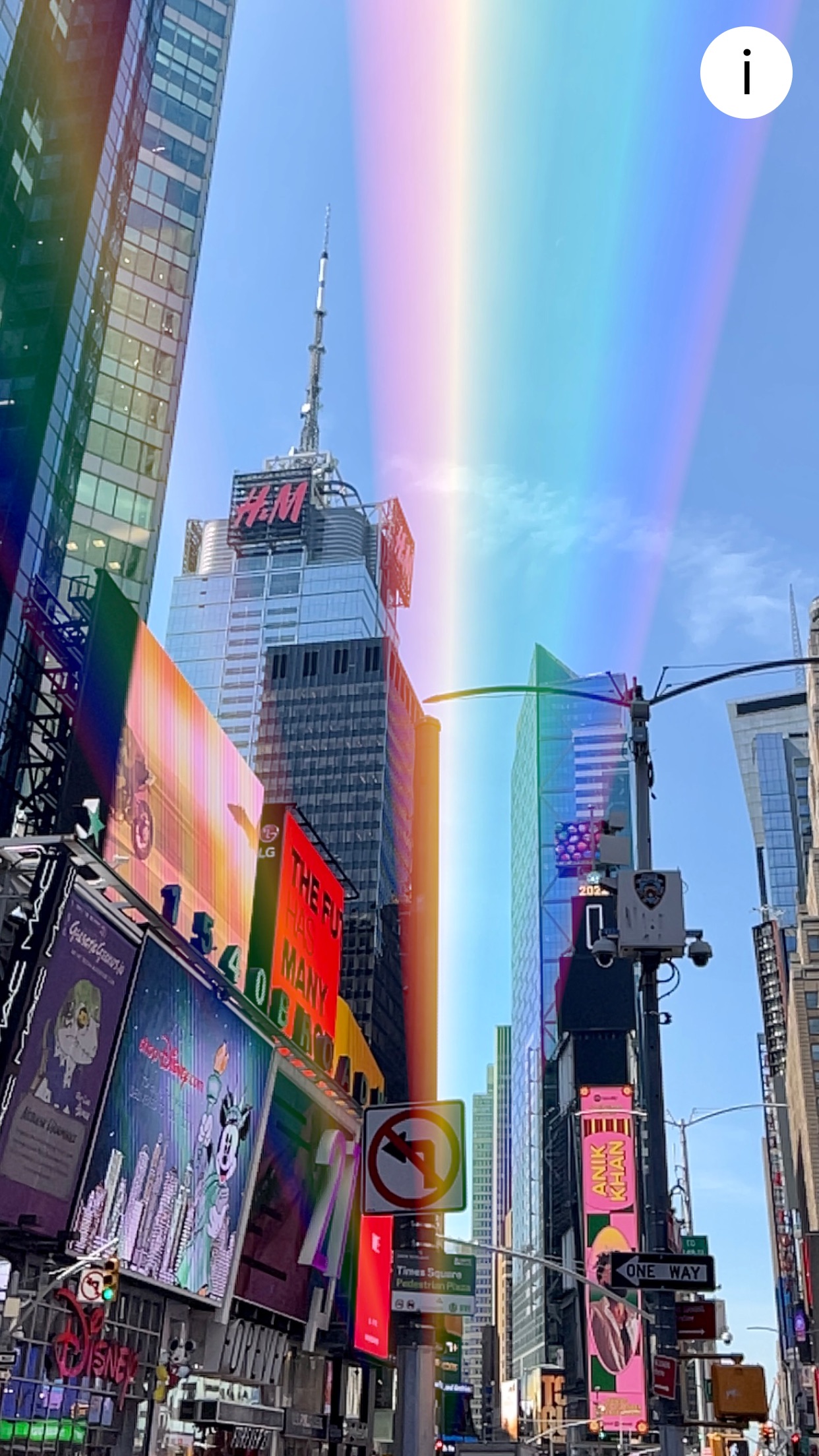 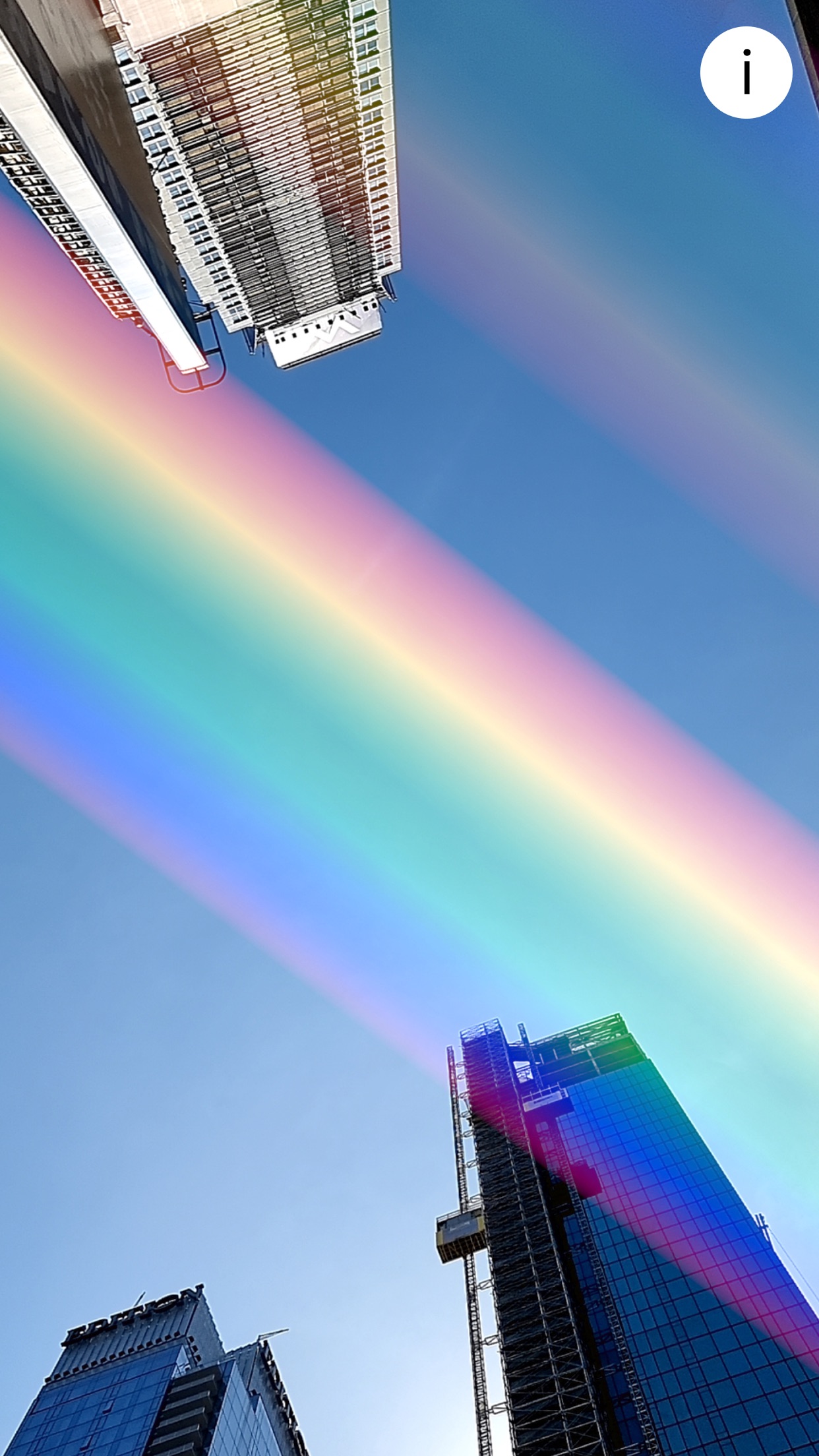