How to make historical, scientific data understandable, engaging, and even more: beautiful? Estonian Maritime Museum’s permanent exhibition was opened in the museum’s home, medieval cannon tower Fat Margaret, in November 29th 2019, however the exhibits presented here were finalized in January 2020 and only then made accessible to the museum visitors. The Fat Margaret is located in Tallinn’s Old Town, a UNESCO Heritage protected area. This delicately renovated historic environment is a perfect location to tell Estonia’s sea-going history from the middle ages to the modern times. Each floor of the building invites you to travel back to a different era in maritime history, with a focus on shipbuilding, trade and the life of seafarers in different times, be it the era of sailboats, steamboats or motorships. 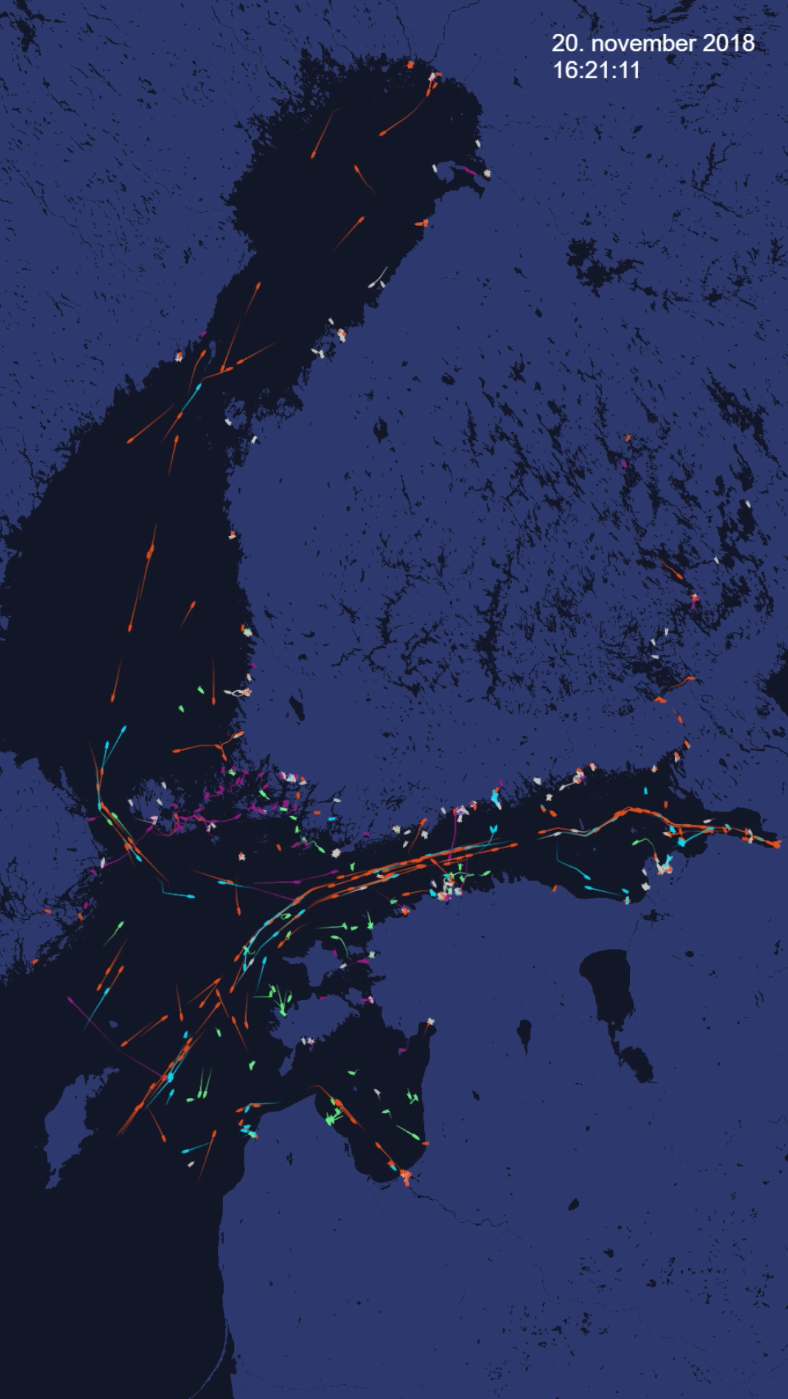 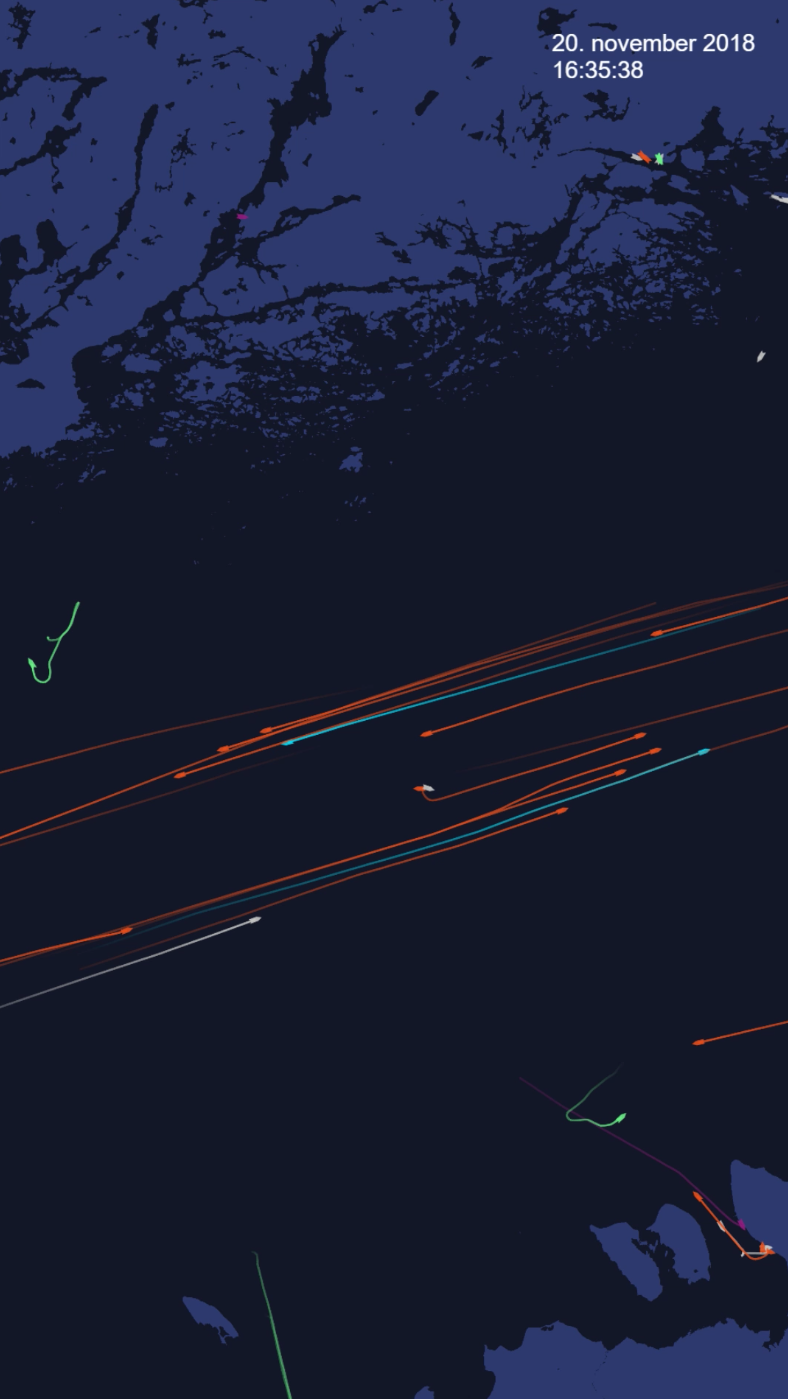 All of the more than 30 digital solutions developed, designed and built for the exhibition are different in character – some exhibits use big real-time data, some experiences are more hands-on and sensory and some are based on vast research. However all exhibits share a common goal: to open up thus far unfamiliar aspects of sea trade and sea faring to the widest range of museum visitors by creating relatable, engaging experiences based on real data, scientific research and excellent design. 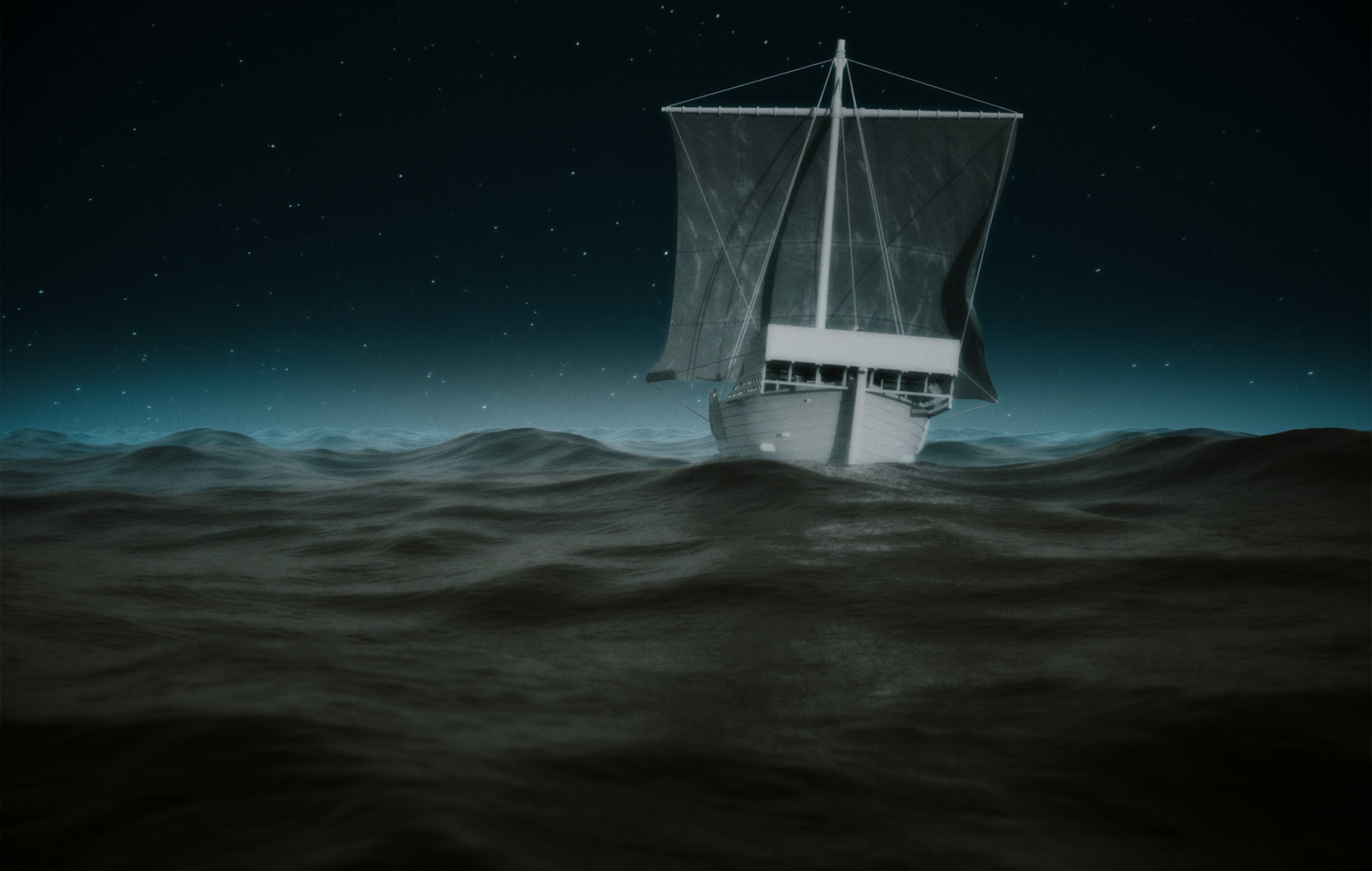 The exhibition begins with the highlight of the collection – a large 700 year old cog wreck, discovered in 2015 in Tallinn. The find is extremely rare – this medieval trading vessel is well preserved and the findings from aboard the vessel rich and diverse. Digital solutions accompanying the findings help to tell the whole story from the discovery, excavation and transporting the cog to preparing it for the exhibition, the cleaning and preservation works. Modelling the cog in 3D helps to show the wreck in its entirety and all the details on touch screens and even to create an immersive animation of the vessel sailing the sea on huge LED screens. The goal was to create a feeling for the visitors of what it would feel like if a full scale cog would pass you by, close up. In addition, the 3D model has been used to 3D print both the cog wreck and the reconstruction in scale for a hands-on model to better assist museum visitors with special needs.

The visualisation of the Sound Toll Registers kept by Danish National Archives – a real case of historical bigdata, visualised. The Registers are accounts from the 15th to 19th century of the toll which the king of Denmark levied on the ships going through the Sound, the strait between Sweden and Denmark. For this exhibit, millions of datapoints were analysed to find out which ships, captains and goods could be associated with which Estonian ports. Results were visualised in an exhibit where thousands of points moving on a map represented the goods moving between ports: you get to experience the flow of sea trade, and consider why 2.2 million squirrel skins might have been shipped from Hiiumaa island to London in 1853. The solution mixing a map and a projection shows the movement of goods between the biggest Hanseatic cities and also the nature of the goods which today can be rather surprising. 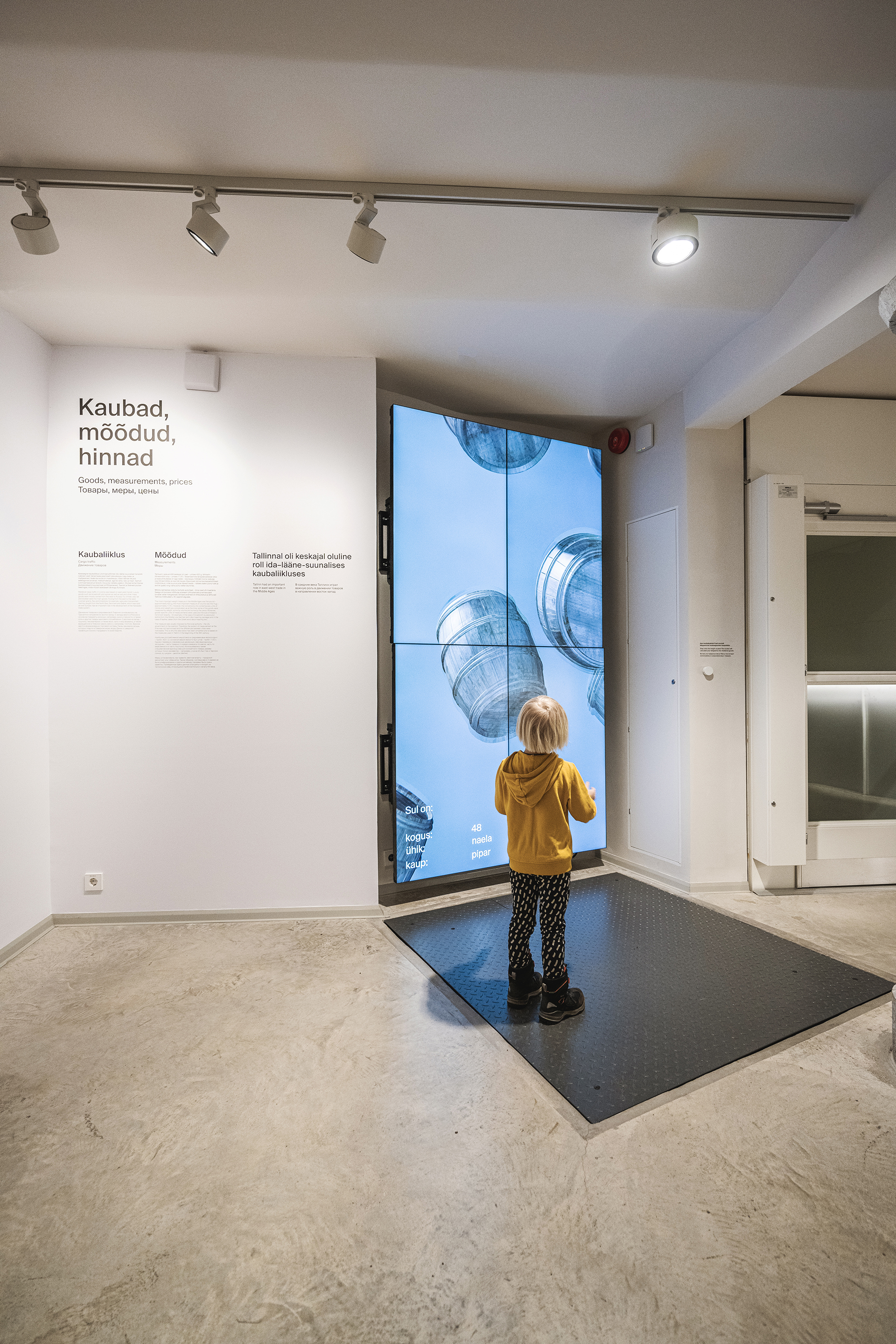 A family-favourite exhibit that provokes discussion into the worth of ship-transported goods is called Weighed Goods. One by one or in a group, visitors are invited to step on scales and see on the screen that if your body mass was all black pepper, how much cured herring or squirrel skins would that be worth (in year 1500). As each visitor is of a different weight, all the calculations and visualisations are made real-time. 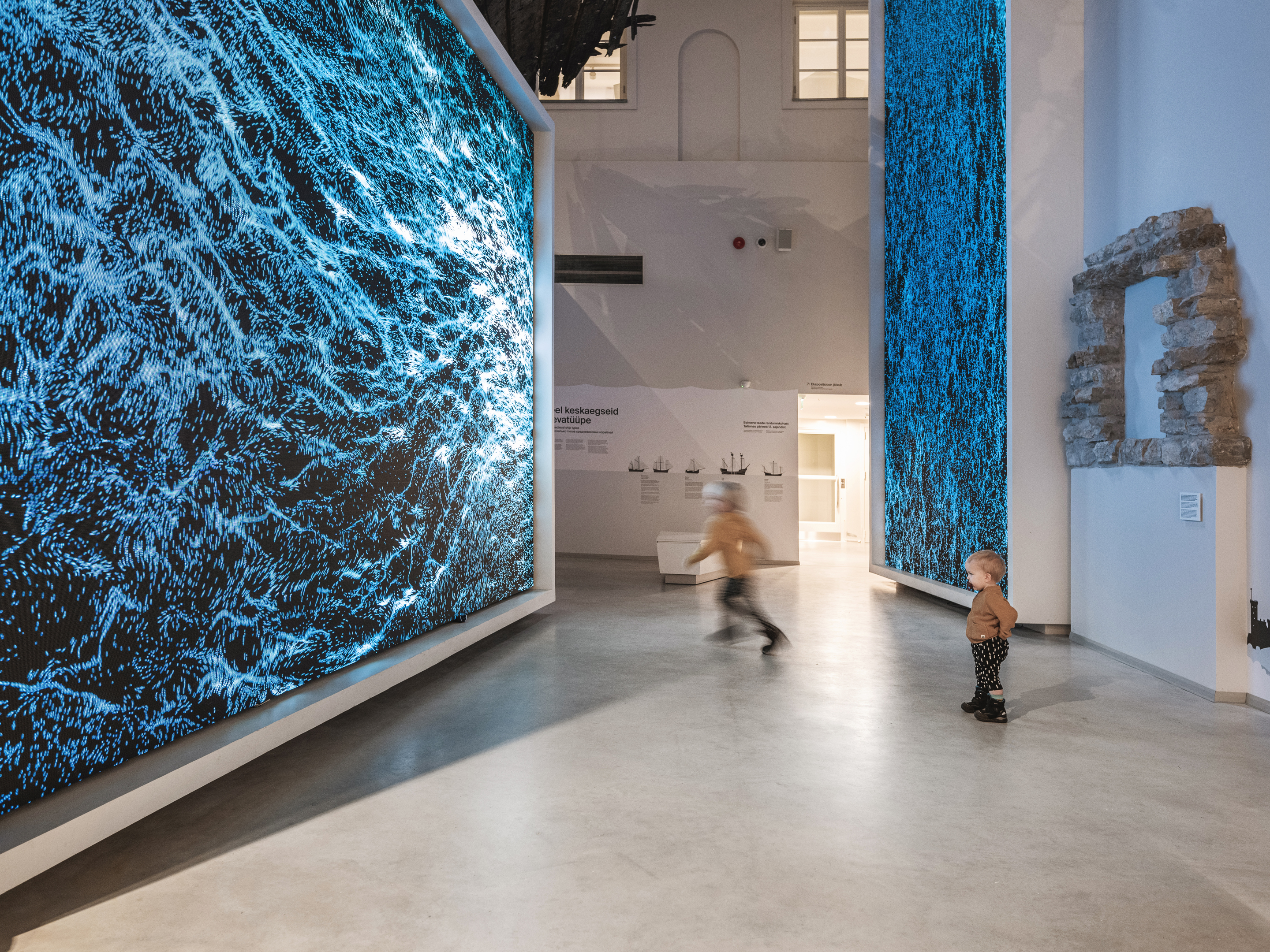 Some exhibits are more factual, some are more about creating a complete environmental experience: still explaining aspects of the sea, but through a sensory experience. On the floor of the museum, two 6-metre tall screens respond to passers-by as the real actual sea would. Visitors’ movements create waves and wake patterns. Mini-storms occur when visitors pass each other at a close distance. The digital waves exhibit uses a simplified weather forecasting algorithm.

The databases used to develop digital exhibits on touch screens give an overview of sea traffic and maritime networks in different eras. The history of sea trade in the region dates back to the middle ages when the Estonian cities were part of the Hanseatic League – this exhibition takes otherwise unmanageable data available from across all the sea-faring eras, and makes it accessible, relatable and playful through exhibition design. 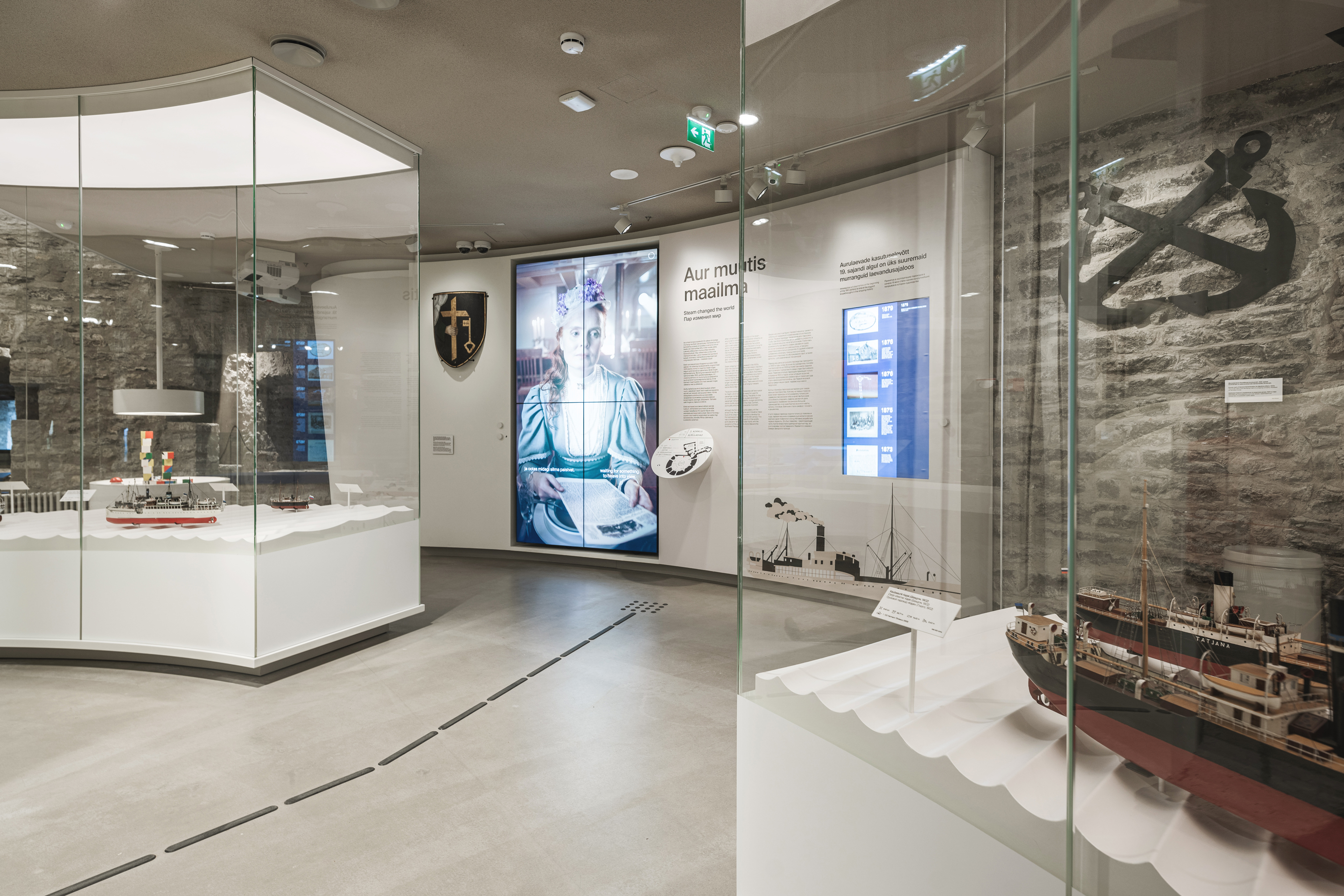 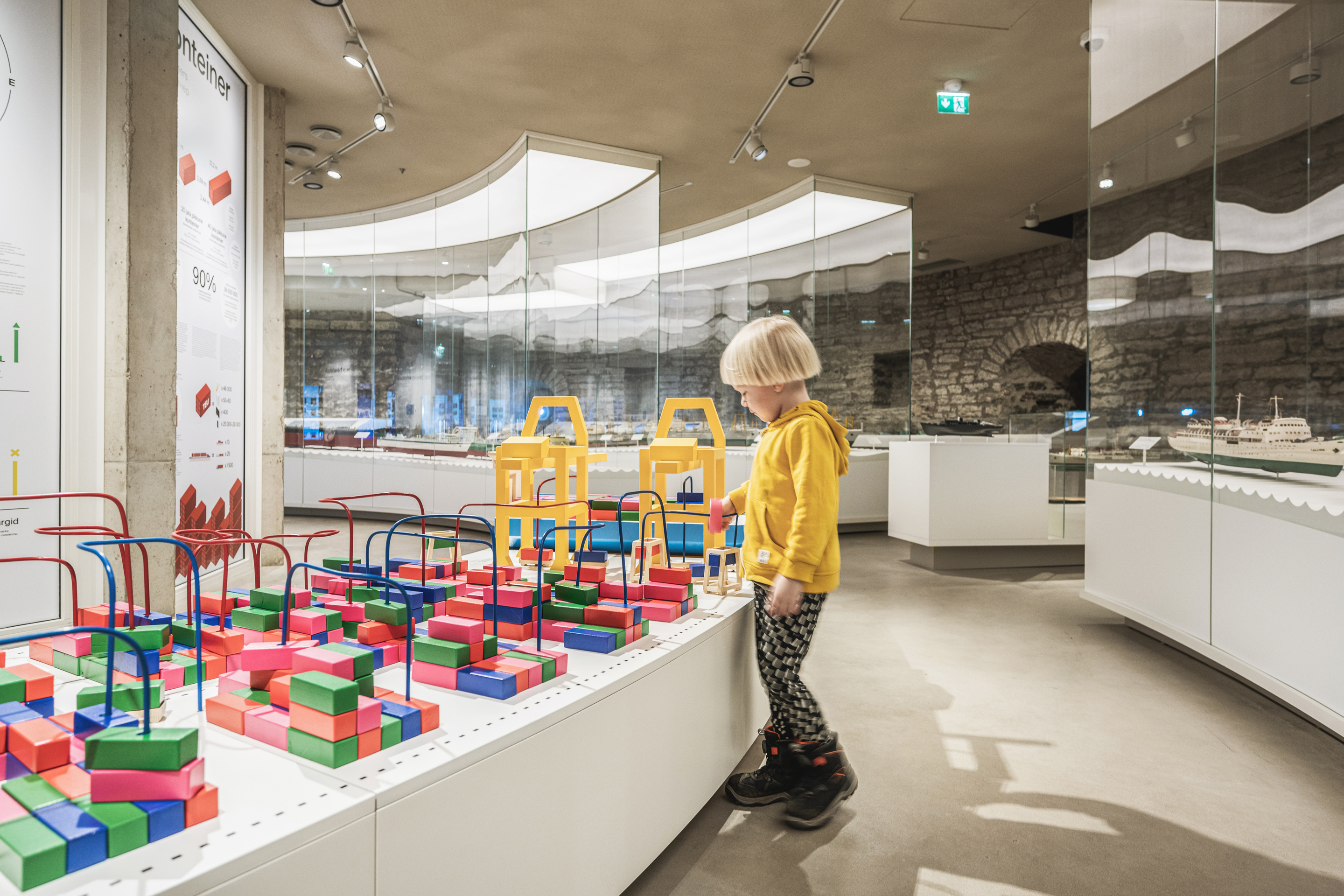 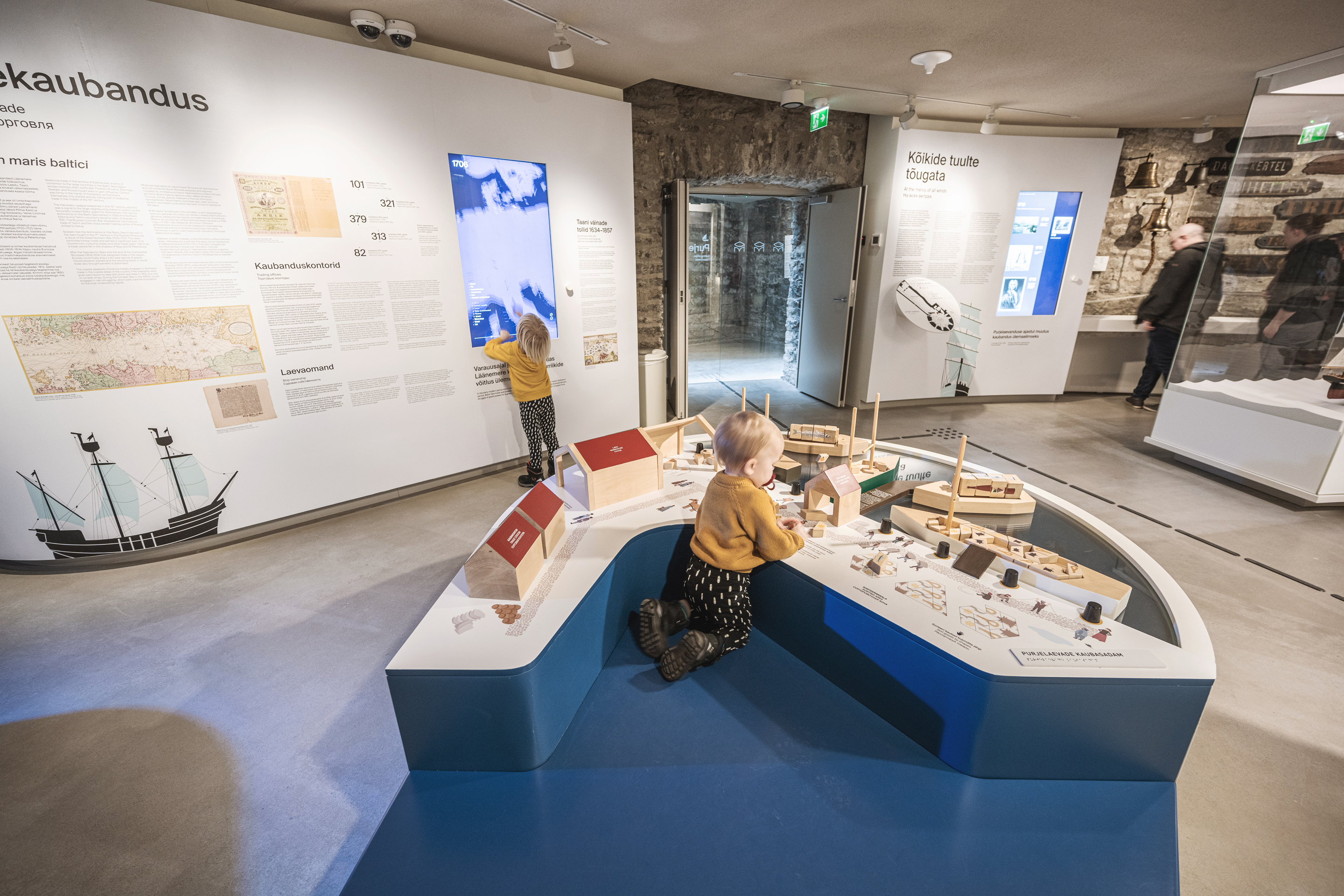